Based in the Saulėtekis Valley, the largest and most modern research base in Lithuania is going to expand - in three years it will accommodate the modern faculties of Chemistry and Geosciences as well as Mathematics and Informatics of Vilnius University (VU). In this way, the Saulėtekis Valley will be home to the largest centre of life, physical and technological sciences in Lithuania and the Baltic States.

In response to the doubts expressed in the public sphere regarding the expediency of investments in this infrastructure, VU researchers talk about the breakthrough of artificial intelligence, nanotechnologies, multidimensional data transformation, and digital medicine in Lithuania. 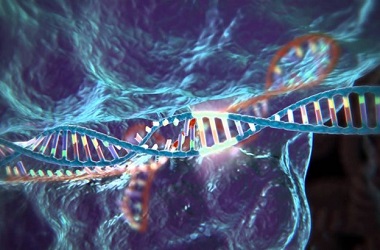 Nanomaterials – for the industries of the future

Nanotechnology is a new level of chemical engineering that enables to achieve amazing results in the sectors of energy, manufacturing, health, and consumer goods. Nanomaterials are used for medical and technical purposes - in tumour therapy, solar panels, lithium-ion batteries that can power electric cars.

Scientific work on the development and application of such nanomaterials and new multifunctional compounds in various technologies is carried out at the VU Faculty of Chemistry and Geosciences. The scientists of the faculty have created new methods and also developed methods for the synthesis of known oxide, nanostructured inorganic and hybrid organic-inorganic materials with specific physical properties (electrical, magnetic, optical, mechanical, catalytic, biocompatibility).

Professor of the VU Faculty of Chemistry and Geosciences Aivaras Kareiva, together with colleagues from Japan, recently studied a material that is fully adaptable to the human body and can be used to create artificial bone tissue. In the near future this discovery could be used by physicians to treat bone injuries, stimulate the regrowth of the jaw, or applied in implantology.

"We have researched in detail calcium hydroxyapatite, a synthetic bone material with a molecular composition very similar to that found in human bone tissue. Its powder and coatings are suitable for use in implantology, because the created artificial bone tissue fully matches natural human bone by its molecular structure. We have also synthesized new ceramic pigments that can be used to preserve cultural heritage objects,” says Prof. Kareiva.

Digitization, artificial intelligence, and the analysis of large biological data, which helps to develop new methods and technologies for diagnosing, monitoring, and treating diseases, are more and more widely used in in the fields of medicine and healthcare.

Professor Gintautas Dzemyda of the VU Faculty of Mathematics and Informatics calls the Institute of Data Science and Digital Technologies, where he works, the flagship of informatics and artificial intelligence in Lithuania. In October, the institute became a home of the Artificial Intelligence Laboratory, which was established in cooperation with one of the world’s largest companies for artificial intelligence and machine learning solutions Neurotechnology.

“The institute is currently developing artificial intelligence solutions for the analysis of medical images, including computed tomography, maritime navigation, and cyber security. Recently, with the help of artificial intelligence, together with the researchers of Santara clinics, we have been conducting research to select the most effective treatment strategy for pancreatic cancer diagnosis and decision-making, as well as evaluation of abdominal aortic changes,” points out Prof.  Dzemyda, adding that, apart from artificial intelligence, other areas of great importance are blockchain technologies, cognitive computing, and cyber-social systems, which are interrelated. So, no one should doubt the necessity of investments in these areas.

According to Prof. Dzemyda, there is a shortage of about 12,000 informatics and information technology specialists Lithuania. The demand is going to grow as society is moving towards a digital space which encompasses the whole world.

The researcher of nanomaterials is convinced that a high level of research in chemistry can only be achieved in close collaboration with physicists, materials scientists, biotechnologists and physicians, and that this level of research requires modern equipment and modern, accessible infrastructure for the commercialization of science.

Both VU researchers agree that scientific work is complicated by the current situation when the researchers of some fields and the infrastructure they use are in different places. As a result they waste a lot of time traveling from one place where lectures are given to another (for example, the Saulėtekis Valley), where there are laboratories for their research.

“Currently, our equipment is geographically located on Naugarduko, Čiurlionio and Saulėtekio streets, and this is very inconvenient. Teachers and students have to rush from one end of the city to the other, as the lectures take place in Naugarduko street and part of the scientific work can be performed only in the Physical Sciences and Technologies Research Centre in the Saulėtekis Valley, where there are no training laboratories and auditoriums,” notes Prof. Kareiva with regret.

Prof. Kareiva says that one of the biggest barriers in conducting first-class research in Lithuania is low budget funding for science. It amounts to only 1% of GDP per year. “In other words, you can say that it does not exist at all. There is only competitive funding for projects, where the success rate of the submitted applications is unacceptably low.”

According to Prof. Dzemyda, it is necessary to invest in high-level basic research. Even though research results are difficult to predict and measure, it often happens that they lead to applied research that can be commercialized. This is not only high-tech products, but also businesses which are developed using science knowledge. Such businesses are both more sustainable and more competitive.

“Every scientist dreams and strives to commercialize their scientific achievements. It is the implementation of scientific results that makes the work done meaningful and is an incentive for further research. The synergy of science and business is the engine of progress of any country,” suggests Prof. Kareiva.

World-class scientific discoveries are possible only in modern laboratories

Lithuania is already visible in the global scientific community. Speaking about the field of artificial intelligence, our country seeks to become a regional leader and increase its competitiveness among European Union countries and successfully integrate into the global artificial intelligence ecosystem. Our country is also known in the field of nanobiotechnology, biosensors, and research in the field of physical chemistry makes our country famous all over the world.
“The nanocoating technologies developed at our faculty have been implemented in Mexico, Spain and Germany,” says Prof. Kareiva.

This year Lithuania has been especially recognised in the world of science. This year’s Nobel Prize in Chemistry was awarded to the gene editing technology CRISPR-Cas9. Alongside the winners of the Nobel Prize, this technology was discovered and developed by professor of the VU Life Sciences Centre Virginijus Šikšnys. The VU Life Sciences Centre opened four years ago. Such honour and success in the world of science should not be viewed as accidental.

“A breakthrough in science usually takes place in areas where brilliant researchers are concentrated and infrastructure needed for their work is created. In my opinion, the VU Life Sciences Centre is a great example of this. In modern science, the most interesting discoveries are born at the cross-roads of sciences, therefore concentrating informatics, chemists, physicists and life sciences researchers in one space, the Saulėtekis Valley, will help create a cluster of scientists and infrastructure similar to the research and development centres of leading European universities,” says Prof. Šikšnys.

Nobel Prize-winning technologies and other advanced inventions are born only in the most modern laboratories, in the minds of the most brilliant scientists.