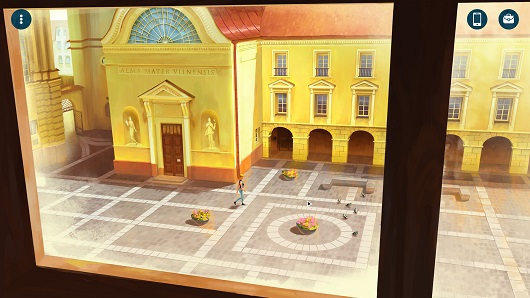 The corridors of Vilnius University, the secrets of Lithuanian nobles, and intriguing tasks – you can immerse yourself in all this in the computer adventure game Crowns and Pawns: Kingdom of Deceit, created by Lithuanians.

The title Crown and Infantry reveals that players are invited to immerse themselves in historical adventures. One of its creators, head of Tag of Joy, and MIF assistant, Dr Žilvinas Ledas, emphasizes that compatriots have created many games in Lithuania, but this is the first on such a historical theme.

Developed for five years, the game became available to the public on May 6 and involved several thousand players from around the world in just a couple of weeks. The primary mission of the game is to perform tasks while travelling around the world and interpret and search for lost Lithuanian artefacts. The content is reminiscent of the Da Vinci Code—players move into a historical world surrounded by mysticism and detectives.

You can learn more about the game here.